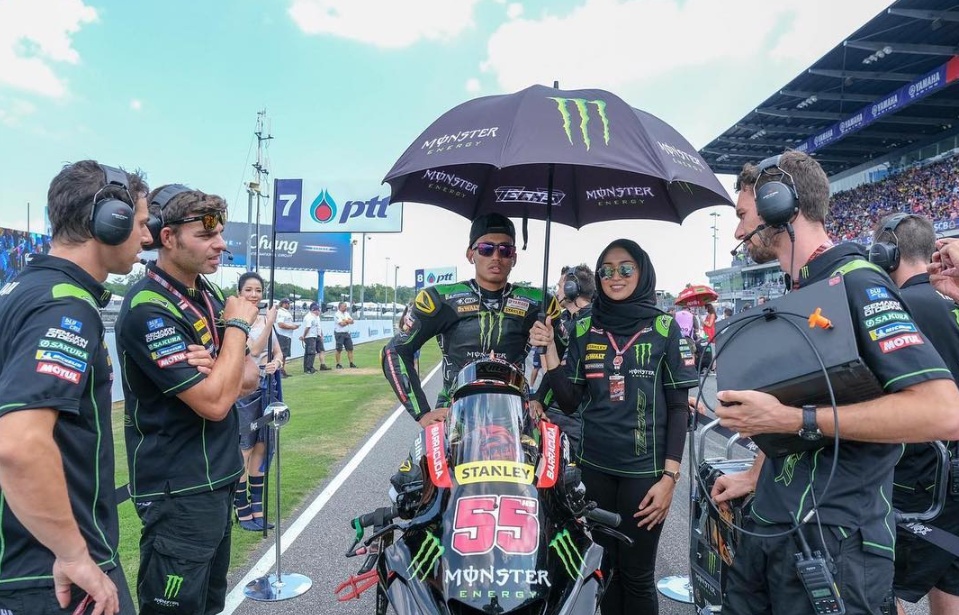 Hafizh Syahrin Abdullah (born 5 May 1994) is a Malaysian motorcycle racer.[1] In 2018, he became the first ever Southeast Asian to participate in the MotoGP category.[2]

Hafizh was born on 5 May 1994 in Selangor, Malaysia, and grew up in Selangor. He began his career at the age of 9, in pocket bikes; he eventually acquired the nickname “King of Pocket Bikes”, when he was discovered by team manager Barry Leong purely by chance. It was not long before his talent began to show after his racing debut on pocket bikes the following year. Dominating the pocket bike category soon after, he was discovered by Leong at one of the pocket bike tracks.

In 2007, at the age of 13, Hafizh made his debut in the Cub Prix championship in dominating style finishing his first year on the Yamaha LC135 Cup class second overall.

His form continued the following year as the Petronas Sprinta Raceline team’s then youngest rider finished on the podium taking 3rd overall in the Yamaha Givi Cup in 2008, in the process also making waves through his spot entries in the Novice category with impressive results.

Hafizh started the 2009 season on a high winning the opening race of the season at Alor Setar with a win in the Novice category. With 7 wins out of 8 rounds, with the other being a podium finish, his dominance in the category was unrivalled that he opted to forego the final two rounds. The youngster switched to race against his more illustrious and seasoned seniors in the Expert category with podium results. He finished third in the Asia Road Racing Underbone 115cc Championship.

Graduating to take on the expert category in 2010, the switch was seamless as Hafizh literally broke down all the barriers and tore the competition apart. Despite a massive revamp in the technical regulations that led to the renaming of the expert category to become the CP130 category; these changes did little to rattle Syahrin’s cage.

By the time the season drew to a close in Penang’s Padang Kota Lama, the 16-year-old had obliterated the competition to emerge as the championship’s youngest ever CP130 champion, erasing the record set by Norizman Ismail who was the Expert champion in 2005 at the age of 20.

2010 was also significant as the 16-year-old made the step up to the bigger league, the Petronas Asia Road Racing Championship aboard a 600cc SuperSport bike. Against a much older and experienced field, the youngster held his own to finish his debut season in a respectable 12th from 39 riders. He finished fourth in the same series in 2011. He moved into the Spanish Moto2 series in 2012, finishing sixth.

In 2012, wild-card Hafizh led during the middle stages of Malaysian Grand Prix on his way to fourth place. The result was later promoted to a third-place finish, after Anthony West‘s results were expunged in November 2013. In 2013, Hafizh made several more wildcard appearances. He scored a point at his home race in Malaysia.

Hafizh moved into Moto2 full-time in 2014 riding a Kalex for the Petronas Raceline Malaysia team and finished overall in position 19 with 42 points. He made further improvement in 2015 by collecting 64 points (in 16th position) with a season best finish of 5th at the Japanese Grand Prix. In 2016, Hafizh surprised other riders and impressed commentators by finishing 4th at 3 Grands Prix (Qatar, Catalunya and British) and finishing 10 of the Grands Prix in the top 10. He collected 118 points along season 2016 overall in 9th position.

In 2017, he made a slow start to the season with an average performance before making an impact when he took a podium in 3rd position, then later up to 2nd position because of Aegerter’s disqualfication for his win at the San Marino Grand Prix. Later, he had another stunning result by taking 3rd podium on his career when he get 3rd position in a wet race at the Japanese Grand Prix (two podiums within 3 races). He ended that season in the top 10 with 106 points overall.

Sadly, after the years since he debuted in Malaysian Cup Prix with Raceline and main sponsor Petronas, he parted ways with Raceline and then announced that he joined a new outfit, the Sepang International Circuits (SIC) Moto2 team, which collabrated with Petronas as main sponsor. However, Petronas later announced they would quit as main sponsor of the Moto2 SIC outfit and was looking forward more to the talent development on SIC’s feeder team in Moto3. Hafizh rode as SIC Moto2’s sole rider.

Just a week before the 2018 MotoGP Sepang pre-season test, Jonas Folger made a surprising announcement by stating that he would not compete in the 2018 season to recover from a health problem. Then, the head of the Monster Yamaha Tech 3 team, Herve Poncharal had a discussion with SIC CEO, Dato’ Razlan, and their main sponsor Yamaha Asia, about the possibility of replacing Folger with Hafizh Syahrin.

Hafizh Syahrin had the opportunity to take part in the early pre-season test at the Circuit of Buriram. This was also boosted by the inability of other riders on the list who have contract with other teams, including Yonny Hernandez. Hafizh Syahrin, nicknamed “El Pescao”, made an impressive performance on his 1st ever run on a MotoGP bike by clocking a lap time as good as the other rookies who have been on the circuit longer than him.

Monster Yamaha Tech 3 was delighted about his potential and signed Hafizh to fill Jonas Folger’s seat for the 2018 season. 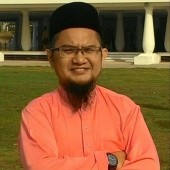 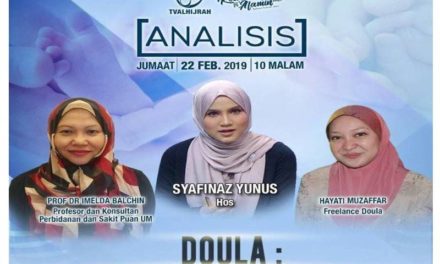 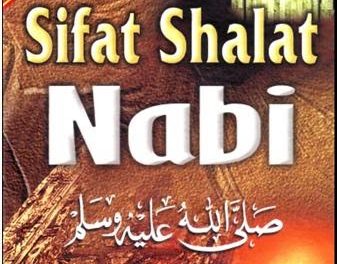 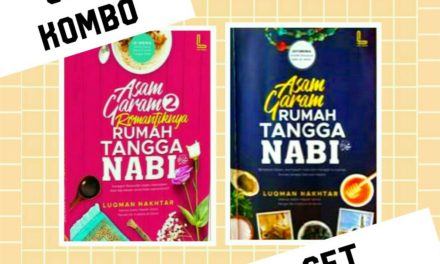 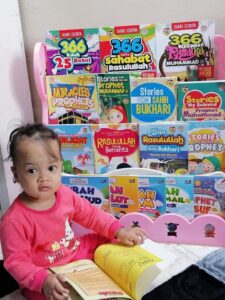 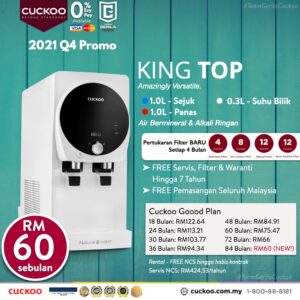